Kitchen Essays by Agnes Jekyll - No 1

Agnes Jekyll (1860-1937) was the supreme hostess: her house was described as "the apogee of opulent comfort and order without grandeur, smelling of pot-pouri, furniture polish and wood smoke". Lady Jekyll, as she became, first published Kitchen Essays in The Times, "in which she was persuaded to pass on some of the wit and wisdom of her rare gift for clever and imaginative housekeeping".  Helen Garlick reads a few of her favourite extracts... 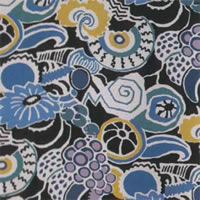 "Le Mot Juste" in Food: Finding the appropriate dish at the right time for your guest, be he a jaded Cabinet Minister or a depressed financier, can be taxing. Agnes Jeykyll has just the recipe.

For the Too Thin: Advice and recipes for flesh-making dishes for those below weight–albeit for reasons of fashion, principle or as a result of influenza. Sardines à la Sackville and Potage Tapioca Mousseux may do the trick..

For the Too Fat: In the battle against avoirdupoids, Lady Jekyll tackles the insidious enemy soup and replaces it with a wonderfully delicate Consommé à l'Estragon. Other recipes and words of wit and wisdom follow.

• A Cheesemonger's history of the British Isles
• An Indian Table
• Beyond Bratwurst
• Bitter Honey
• Countryman's Cooking
• "Done, Finished, You Lose It"
• Dumas on Food
• Edward Trencome's Nose
• European Peasant Cookery
• Honey from a Weed
• Hungry: A Memoir of Wanting More
• Kafka's Soup
• Kitchen Essays
• La Vita è Dolce
• Life is Meals
• Med: A Cookbook
• Mrs Cromwell's Cookbook
• My American Kitchen Notes
• My Place at the Table
• One More Croissant for the Road
• Orchards in the Oasis
• Relish: My Life on a Plate
• Scotland to Shalimar
• Squirrel Pie and Other Stories
• Summer in the Islands
• Table Talk
• The Game Cook
• The Perfect Egg
• The Recipe: the dish that saved my bacon
• The Table Comes First