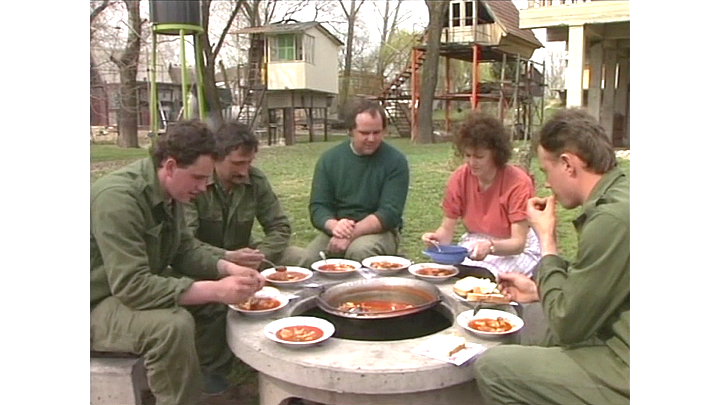 Hungary is associated in people's minds with goulasch, though it is more properly called paprikas. Elisabeth Luard spends time with different ethnic groups, the Magyars—descendents of nomads who still practise their horsemanship—and the Swabians before spending time in Budapest.

Elisabeth starts her trip to Hungary spending time with descendents of the Magyar nomads who drove the Romans out of the area and who now farm the land and fish in the Danube, with whom she shares the latters' paprika-spiced Szeged fish soup. Paprika is so important that she investigates its history and production, before being shown how to make the traditional chicken paprikas, while the male members of the team sample the wines and the beef paprikas of the Swabian population across the valley. Rural handicrafts include hand-made baskets and fine embroidery. After a visit to the market square in Buda, she finishes up spending the evening in a folk-dance club, a tradition revived during the period of Russian occupation to preserve the Hungarian cultural identity.