In Part 9 of Food in Literature, Helen Brings us excerpts from The Gate of Angels, by Penelope Fitzgerald, and the short story The Cut Glass Bowl by Scott Fitzgerald in Babylon Revisited.

The Gate of Angels by Penelope Fitzgerald 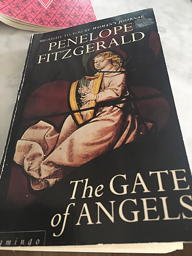 Penelope Fitzgerald is perfection. This novel is set in and around a small Oxford College just after the 1st World War. It’s extremely witty.

Mrs Wrayburn is the distracted wife of an academic.

“She looked at the sink, loaded down with all that was necessary when a husband had his meals daily in the house. Like most of her friends, she had prayed not to marry a clergyman, a general practitioner, or a university lecturer without a fellowship. All these (unlike the Army or the Bar) were professions that meant luncheon at home, so that every day (in addition to cups, plates and dishes) demanded toast- racks, egg cups, egg cosies, hot water jugs, hot milk strainers, tea strainers, coffee strainers, bone egg–spoons, sugar-tongs, mustard-pots manufactured of blue glass inside, metal outside, silver fruit knives (as steel in contact with fruit-juice was known to be poisonous), napkins with differently coloured rings for each person at table, vegetable dishes with handles in the shape of artichokes, gravy boats, dishcovers, fish-forks with which it was difficult to eat fish (but fish-knives were only for vulgarians), muffin-dishes which had to be filled with boiling water to keep the muffins at their correct temperature, soup-plates into which the soup was poured from an earthenware container with a lid, cut-glass blancmange dishes, knife-rests for knives, fork-rests for forks, cheese dishes with lids the shape of a piece of cheese, compotiers, ramekins, pipkins, cruets, pots. All these were not too much (on a clean cloth, too, with the centre fold forming a straight line the whole length of the table) for Mr Wrayburn to expect—Mrs Wrayburn did not think it unreasonable, and nor did Daisy—and most of them were in the sink at the moment, waiting, in mute reproach, to be washed and dried.” 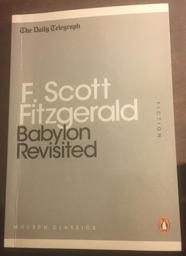 Set in the same period this short story is about a wealthy upper class wife and the disintegration of her life, through the malign influence of a cut glass bowl, a wedding gift from a disappointed lover.

“In the cut-glass age, when young ladies had persuaded young men with long, curly moustaches to marry them, they sat for several months afterward and wrote thank you notes for all sorts of cut glass presents—punch bowls, finger bowls, wine glasses, ice cream dishes, bonbon dishes, decanters, and cases.”

We first hear about the bowl from the young bride, who tells a visitor how she was given it by her lover and how he told her;

“Evelyn I’m going to give a present that’s as hard as you are and as beautiful and as empty and as easy to see through. He frightened me a little—his eyes were so black. I thought he was going to deed me a haunted house or something that would explode when you opened it. That bowl came and of course it’s beautiful. Its diameter or circumference or something is two and half feet—or perhaps three and a half. Anyway the sideboard is really too small for it, it sticks way out.”

The bowl exerts a malign influence. Her lover continues to visit her, her husband finds out, she promises never to see him again and for a while, things are as they were before. Then the lover pays an unannounced visit and before she can get rid of him, her husband comes home. She tries to get rid of the lover, who hides upstairs and tries to slip out unnoticed but he bumps into the bowl, her husband hears the noise, discovers the lover and believes that she has broken her promise. Nothing is ever the same again. Some years later his business is in trouble and he has to part with a share in it to a competitor. At a dinner party held for his new partner and his wife he uses the huge bowl to make punch and fills it to the brim. He gets drunk and there is an awful and irredeemable scene. Then their little daughter cuts herself on a chipped edge of the bowl, with appalling consequences. The dreadful War Office letter that informs her of her son’s death in the First World War is left in the bowl by a servant for her to find. Finally, as Evelyn struggles out of the house, clasping the huge bowl and intending to smash it to pieces, she trips and falls down her front steps.

“And all over the moonlit sidewalk around the still, black form, hundreds of prisms and cubes and splinters of glass reflected in the light in little gleams of blue, and black edged with yellow, and yellow, and crimson edged with black.”