In part 7, Helen takes us to what she calls "Anglo-Indian horrors, with extracts from E.M. Forster's A Passage to India, and London Fields by Martin Amis.

A Passage to India, EM Forster 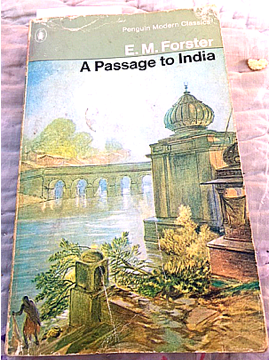 Forster ruthlessly portrays ex-pats in colonial India in the 1920’s, their unquestioning belief in their racial superiority, their appalling manners, their ignorance and gracelessness, especially the women. They make no effort at all to understand the Indian people and their culture and under no circumstances will they go near Indian food. After cocktails at the Club, this group of Brits meet again for a typical dinner.

“And sure enough they did drive away from the club in a few minutes, and they did dress, and to dinner came Miss Derek, and the McBrydes, and the menu was: Julienne soup full of bulletty bottled peas, pseudo-cottage bread, fish full of branching bones, pretending to be plaice, more bottled peas with the cutlets, trifle, sardines on toast; the menu of Anglo India. A dish might be added or subtracted as one rose or fell in the official scale, the peas might rattle less or more, the sardines and the vermouth be imported by a different firm, but the tradition remained; the food of exiles, cooked by servants who did not understand it. Adela thought of the young men and women who had come out before her, P. and O. full after P. and O. full, and had been set down to the same food and the same ideas, and had been snubbed in the same good humoured way until they kept to the accredited themes and began to snub others.” 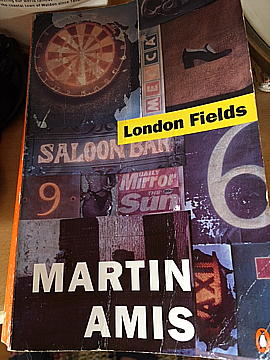 Equally awful is a certain British attitude to Indian food, described in this brilliant, disturbing and unremittingly pessimistic novel. It’s written in 1989 and seems eerily prescient in 2020. The world appears to be on the brink of an apocalypse, due to a number of never fully explained, imminent climatic, geo-political and social disasters. In Keith Talent, Amis created a character that is a modern Bill Sykes. He’s a man with no redeeming features whatsoever. He cheats and robs, he is pitiless, he beats his wife, he serially abuses women and continuously abuses his own body with vast quantities of lager, fags and junk food. Occasionally he patronises an Indian Restaurant in Shepherds Bush.

”I'll be right over Keith had said. He now double-parked outside The Indian Mutiny on Cathcart Road. Seated at his usual table, Keith ate poppadoms and bombay duck while the staff fondly prepared his mutton vindaloo. “The napalm sauce sir?” asked Rashid. Keith was resolved, in this as in all things. “Yeah. The napalm sauce”. In the kitchen they were busy responding to Keith’s imperial challenge to make a curry so hot that he couldn’t eat it. The meal arrived. Lively but silent faces stared through the serving hatch. The first spoonful swiped a moustache of sweat onto Keith’s upper lip, and drew excited murmurs from the kitchen. "Bit mild,” said Keith when he could talk again. That day, the Indian Mutiny had no other customers. Keith chewed steadily. His lion’s hair looked silver in the shadows. Tears inched their way over his dry cheeks. “Bland, Rashid,” said Keith later, as he paid and undertipped. “What you looking at? It’s five per cent. Bland. Dead Bland.”