Hello! My name is Ella. I’m 15 years old, literature enthusiast, avid traveller, star gazer, Head Girl and above all, lover of all foods. My first blog post is inspired by Marguerite Patten. 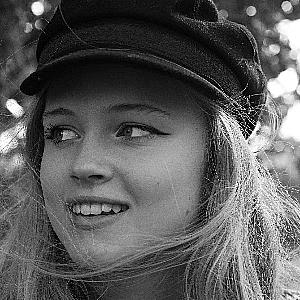 I find inspiration in the friendships food forms, how communities are interlinked by recipes and how a country's culture an be traced through its diet.

To me, the word food is full of colour and creativity; a main passion of mine is being able to explore the personality of a chef as expressed through their food. The choice of flavours and presentation is a way of writing a novel without words, each individual interpretation telling a unique story.

I'm fascinated by food's place in popular culture and it is this fascination that I would like to share with you in this blog.

The idea for my blog was born during a conversation at Marguerite Patten's funeral, which was held on Monday the 22nd of June this year. So it is fitting that the first post should commemorate this wonderful lady and how she influenced my life and those of a million others.

Marguerite Patten was an iconic home economist or as my Great Aunt would say, "The original one". She opened the doors of uncomplicated cooking to every household through her broadcasts on Woman's Hour on the BBC during the war years, and through the 175 plus books she authored. Her natural love and ease with food make her books direct and accessible.

When our lives became loosely stitched together during her final years, I began to realise and understand that she was someone every generation could learn from and admire. For my grandmother, my mother, my sister and myself she was the source of inspiration for our home cooking.

On Sundays, my mum cooked lunch recipes from "Marguerite Patten's Every Day Cook Book" as my sister, Lola, and I were busy baking cakes from "Marguerite Patten's 100 Top Teatime Treats", our favourite being gingernut biscuits. We once asked our mother to take some to Marguerite when she went to visit her at her Brighton home. A few days later a beautifully handwritten card arrived, a thank you for the biscuits and for the hours she spent talking to our mother. Lola and I treasure that note.

Although I never had the privilege of meeting her, I like to think I understood something of the great lady through the way she treated people, the way they responded to her and the lasting effect she had on them. Many spoke of the connection she had with young people and one of her greatest fans was Jamie Oliver, who spoke at her funeral.

Marguerite Patten, OBE, died aged 99. She had been asked to teach a nation how to cope best during the war years of rationing, and was one of the pioneers of cooking, both on radio and television as well as through her books. Like her legacy, Marguerite will not be forgotten.